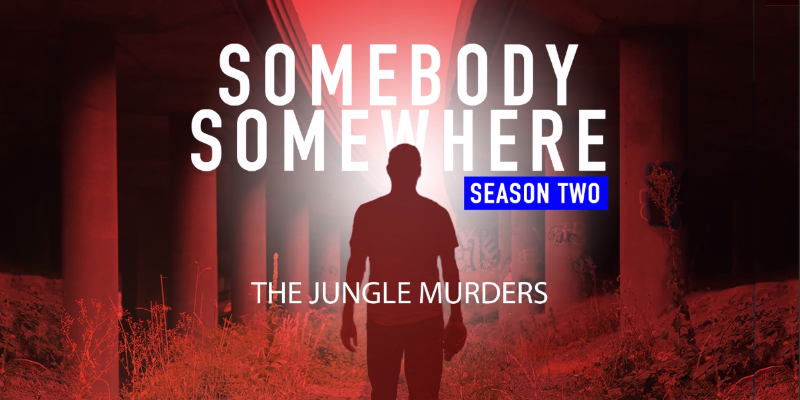 Our Equity Director, Travis Andrews, was recently a guest on the compelling podcast Somebody Somewhere, sharing his expertise on juvenile solitary confinement. Somebody Somewhere follows Host David Payne and Producer Jody Gottlieb’s investigation into true crimes, with the first two seasons focusing on Seattle. Payne and Gottlieb are both award-winning media leaders with extensive experience in investigative journalism.

The second season of the podcast investigates a double homicide in 2016 at a homeless encampment known as “The Jungle” in Seattle and the three teenage brothers who were arrested and charged with the crimes. Despite being minors, the suspects were placed in long-term solitary confinement during their pretrial detention phase. Through Andrews, the audience can start to understand the challenging conditions the suspects, and other juveniles placed in solitary, face.

“You’re in this cell for twenty-one hours a day,” said Andrews. “This is ongoing for months at a time. This is your life.”

With the help of Columbia Legal Services, four children who were placed in solitary confinement at the Regional Justice Center in Kent, Washington filed a class action lawsuit in 2017.The shooting suspects were held at the regional justice center as well. Our lawsuit challenged King County’s practices and policies of holding children in long-term solitary confinement and denying adequate educational services.

“Despite whatever your criminal circumstances are, you’re still a child,” said Andrews.

Children held in isolation have little to nothing to do in their cells: no meaningful human interaction, little to no educational activities, no music or television, little access even to reading or writing materials. When allowed out of their cells, any “recreation” takes place alone in an empty, concrete pen. Potentially dangerous for anyone, solitary confinement is especially harmful for children, who are still developing physically, psychologically, and socially.

In 2018, King County agreed to ban solitary confinement of juveniles in all county detention facilities, with some specific exceptions, in a settlement resulting from the lawsuit.

“These kids didn’t just wake up and decide to do something one day. There is a story. There is a pattern,” Andrews says on the podcast. “There is a history that has contributed to that; at no fault of their own. At 15, 16, and 13 years old, there is something bigger and broader that we have not seen, and I challenge folks to not jump to those conclusions of ‘this is just a bad person who deserves a bad consequence.’ I think there is something much broader to this story.”

While Somebody Somewhere is currently in its second season, you can listen to the first season which explores and uncovers new information about the 2001 murder of federal prosecutor Thomas Wales.