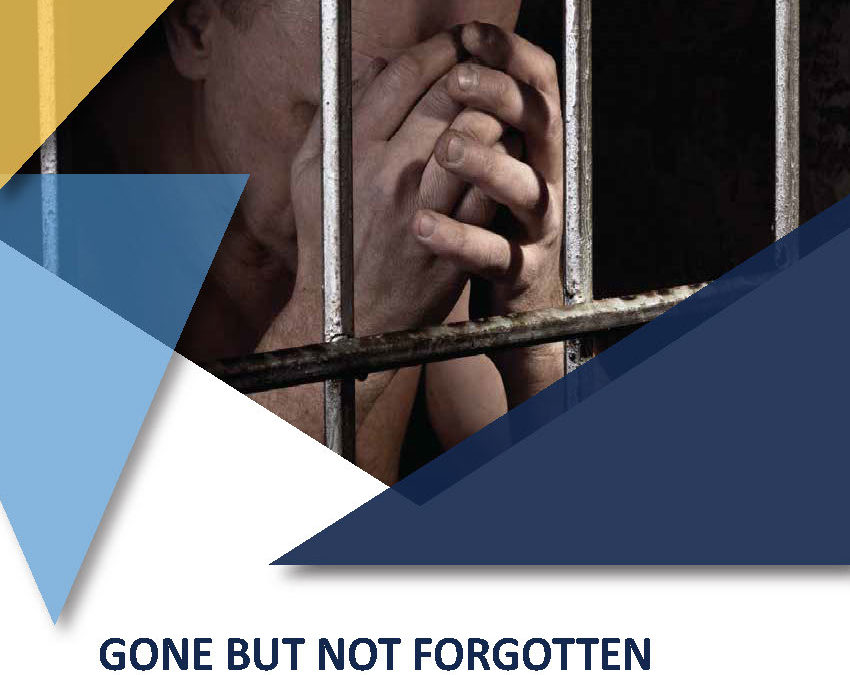 Columbia Legal Services undertook a multi-year investigation to examine all documents related to every death that occurred inside Washington jails from 2005 through June 2016, culminating in a report, Gone But Not Forgotten: The Untold Stories of Jail Deaths in Washington, which outlines the findings and includes a number of recommendations.

On any given night, roughly 12,500 men and women sleep behind the walls of county and local jails in Washington. Most of them have not been convicted of a crime but remain in jail because they cannot afford bail. Of those who have been convicted, many are serving short sentences for low-level crimes, most are indigent and many battle substance use disorders, mental illness, or chronic and poorly managed medical conditions. They are not “the other” – over half of all adults in the United States have an immediate family member who has been incarcerated.

“The people in our jails are too often those whom society has ignored and thrown away, people fighting addiction, homelessness, mental illness, ill health, and poverty,” said Nick Straley, an attorney with Columbia Legal Services and author of the report. “Unfortunately, we spend millions of dollars a year warehousing people in our jails – institutions ill-equipped to provide appropriate and adequate care. Far too many people die behind bars as a result.”

C.P. was a 33-year-old man with diabetes who died in Spokane County jail on February 24, 2013. Earlier that morning he had called 911 claiming he was paranoid, diabetic, and high on methamphetamine. Police officers discovered C.P. had a warrant for his arrest due to unpaid child support and, instead of taking him to the hospital, arrested him. While in a holding cell, C.P. began swaying and grasping his head in his hands. He was asked to sit down in the cell, but didn’t comply. Jail staff placed him in a headlock, shocked him twice with a Taser, and strapped him into a restraint chair. He lost consciousness, stopped breathing, and died in the hallway of the Spokane County jail. An autopsy ruled his death a homicide, with the cause of death being a methamphetamine overdose “with restraint stress.” His blood sugar was over 2000 when he died, a blood sugar level sufficient to cause hallucinations, abnormal behavior, coma, or death.


Over 200 people died behind bars in Washington’s jails during the period of investigation from a variety of causes. However, the review demonstrated that a few particular shortcomings led to many deaths. Many jails are ill prepared to properly care for people who enter jail under the effects of drugs or alcohol. Unfortunately, people needlessly die as a result. Some die from overdose or poorly managed withdrawal and others as a result of jails’ failures to treat other serious medical conditions that withdrawal symptoms masked. Many people died as a result of suicide, while some died following a use of force or serious neglect by jail staff. Many of these deaths could have been avoided.

The report contains a number of recommendations that jails and policy makers should adopt – recommendations that will save lives. These include reducing the number of people in jails, requiring jails to report serious incidents and have comprehensive policies and practices relating to withdrawal from drugs and alcohol, suicide prevention, and appropriate uses of force, and ensuring that jails have enough trained staff.

“The misdirection of resources to Washington’s jails and away from other more effective and humane, community-based alternatives has caused unnecessary suffering and death,” added Straley. “We hope that shining a light on these concerns and sharing these tragic stories will help spur reform to ensure that no person needlessly dies or suffers behind bars.”

The report explores a few relatively inexpensive reforms that can reduce or eliminate deaths while in custody of Washington jails. Gone But Not Forgotten examines demographic data as well as what charges or convictions people were facing when they died. The report also includes a breakdown of the total deaths and suicides in each Washington county plus the percentage of total bed space being used in that county. The online version of the report features a spreadsheet with more details about the deaths in-custody that were investigated, including the ages and race of each person and descriptions of the events leading to each death.