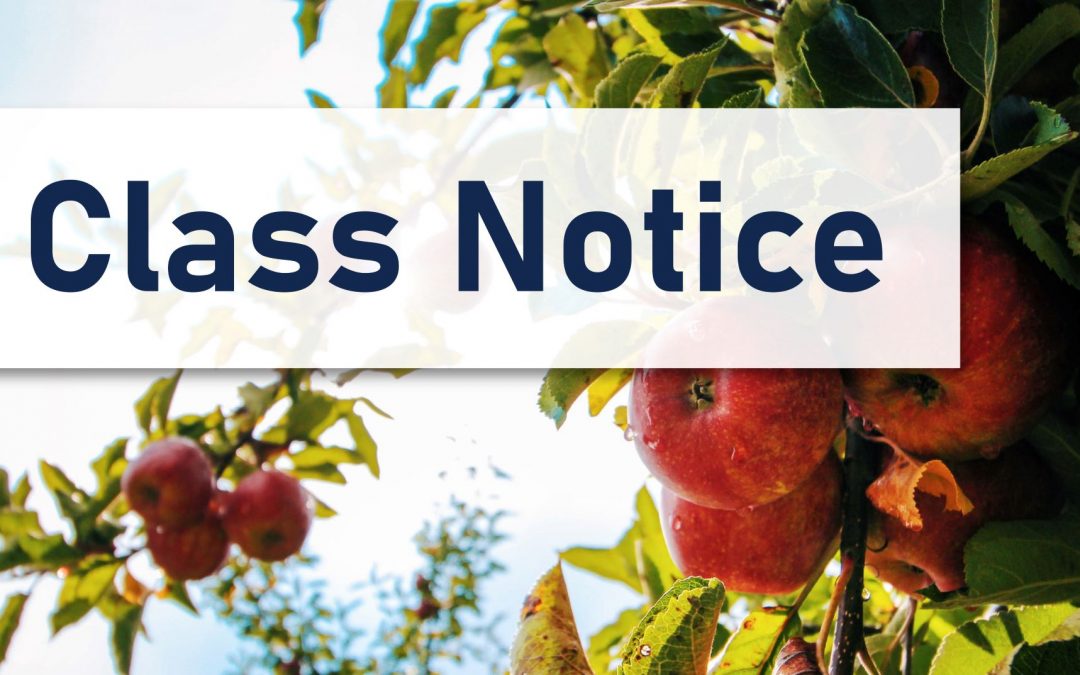 Over ten thousand farmworkers received notice that they are eligible for settlement awards from Stemilt AG Services as members of a settlement class represented by Columbia Legal Services (CLS) and Frank Freed Subit & Thomas LLP (FFST). In this class action, Plaintiffs Omar Palma Renteria, Gilberto Gomez Garcia, and Jonathan Gomez Rivera alleged that Stemilt failed to pay piece-rate farmworkers for all hours worked. The workers alleged that Stemilt did not pay for time they spent on tasks like moving equipment, traveling between orchard blocks, attending meetings, and waiting during weather delays while they were paid on a piece-rate basis between 2015 and 2018. With the help of Columbia Legal Services and Frank Freed Subit & Thomas LLP, the workers achieved a $3 million settlement. As a result, the workers may receive compensation for unpaid wages by filing claim forms here.

This case has an unusual origin story. In late 2019, CLS discovered that other attorneys representing the class had reached a settlement in which only $80,000 would be paid to workers in a class of ten thousand farmworkers. Recognizing that the settlement allowed the farmworkers to recover only a tiny portion of their unpaid wages, CLS partnered with FFST to challenge the paltry settlement and were appointed as interim counsel for the plaintiff class. After interviewing class members and conducting extensive discovery, CLS and FFST negotiated a $3 million settlement for the workers in late January.