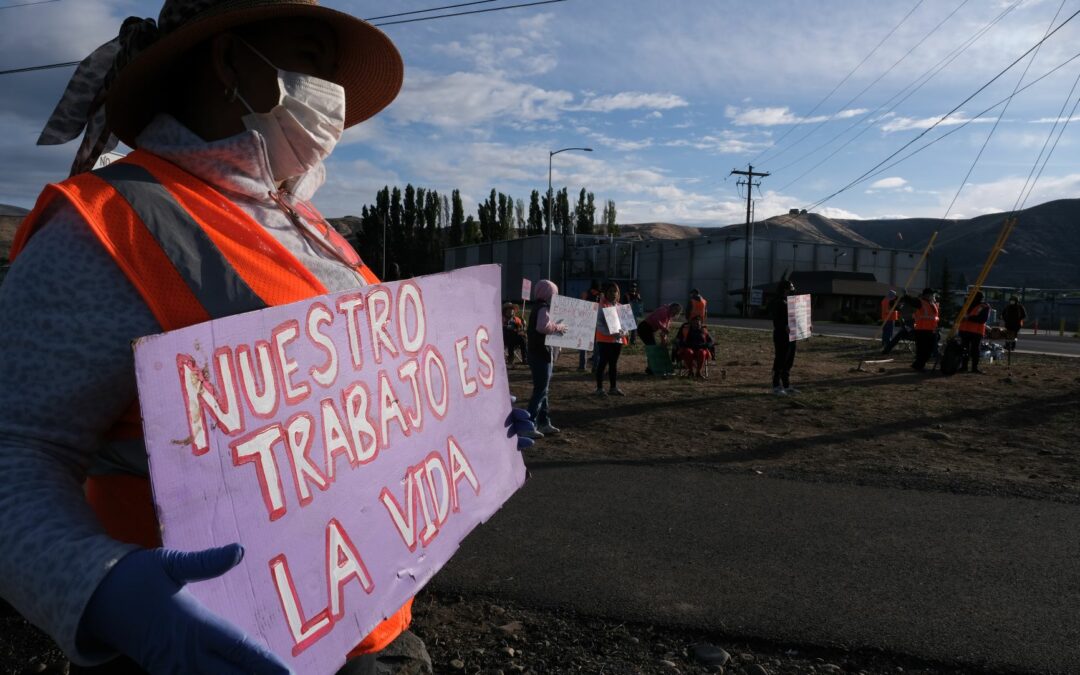 Trabajadores Unidos Por La Justicia (TUJ), an independent union in the Yakima Valley, and the General Counsel of the National Labor Relations Board (NLRB) recently reached an agreement with Allan Bros. Inc., a fruit-packing company in Naches, WA, settling a case that was set for trial this month. The General Counsel and TUJ were prosecuting allegations of unfair labor practices and seeking to set aside the union election conducted last year on the ground that Allan Bros’ unlawful actions deprived the workers of their free choice in the election.

“Allan Bros. actions to interfere with workers self-organizing, and the election process, were unlawful” says Alfredo González Benítez, attorney with Columbia Legal Services. “This settlement prohibits Allan Bros. from engaging in the same unlawful tactics it used to thwart TUJ’s efforts to organize at their workplace for better employment conditions.”

In the spring of 2020, essential employees at Allan Bros. went on strike, demanding enforceable safety measures and hazard pay, after the employer failed to provide adequate protections in the workplace amid COVID-19. These strikes led to the formation of TUJ, which filed a petition with the NLRB to represent Allan Bros. employees for collective bargaining. During the organizing campaign TUJ filed over a dozen unfair labor practice charges with the NLRB against Allan Bros. for illegally interfering with worker unionization efforts, culminating in an election loss for the union.

Earlier this year, the NLRB found merit to several of TUJ’s unfair labor practice complaints against Allan Bros., and issued a formal complaint against it. According to the NLRB complaint, Allan Bros. took several actions to hinder TUJ’s organizing efforts, including:

The NLRB General Counsel and TUJ were set to prosecute these complaints against the company at a hearing on June 14, 2021. Also set for the same trial were over a dozen objections to Allan Bros. conduct that TUJ alleged tainted the result of the election.

Additionally, the settlement requires Allan Bros. to pay $15,000 to compensate Cesar Traverzo, a union supporter that the complaint alleged was suspended and discharged because of his involvement in unionization efforts.

Most importantly, under the settlement the NLRB will set aside the results of the election and set a new election to take place later this year. This settlement represents a big win for workers in packing sheds in the Yakima Valley and beyond, vindicating workers’ rights to organize and underscoring that employers cannot unlawfully interfere with these rights free from repercussions.

“We began to organize because we deserve to be treated with respect and to feel safe in our workplace,” said Angie Lara, Vice President of TUJ. “I’m happy the case resulted in a settlement that recognizes the workers’ rights and helps us continue our work because workers will know their rights to unionize are protected. Yakima woke up! And we’re not going to let it go back to sleep!”

Plaintiffs are represented in this case by Kathy Barnard of Barnard Iglitzin & Lavitt LLP and by Columbia Legal Services.