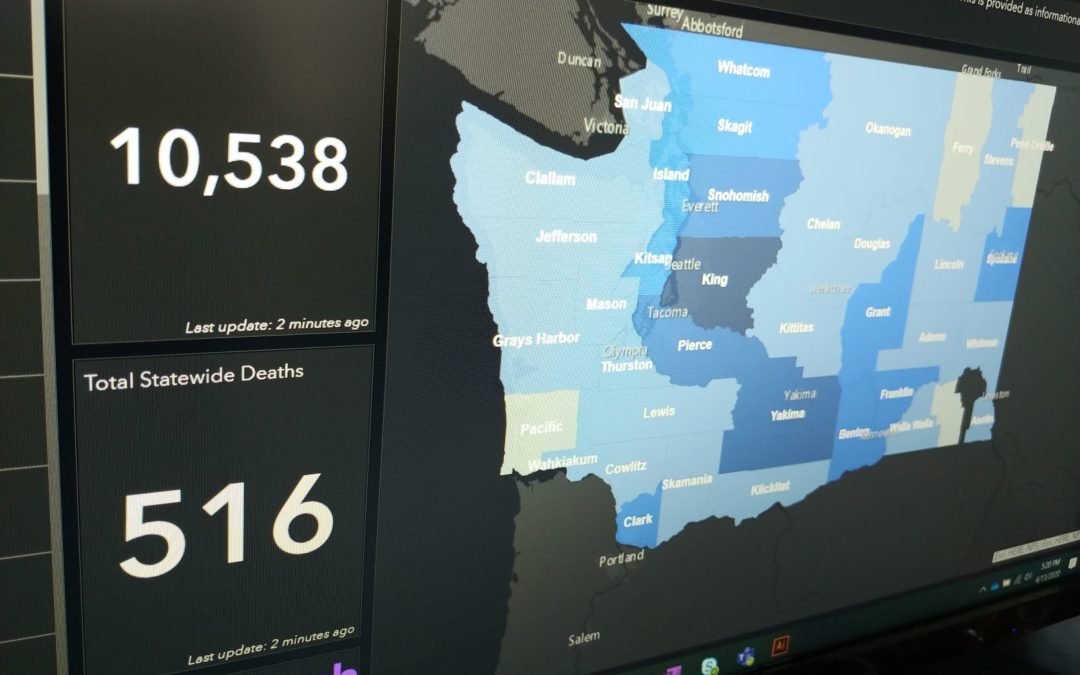 On Friday, April 10, the Washington Supreme Court directed Governor Jay Inslee and the Washington State Department of Corrections “to immediately exercise their authority to take all necessary steps to protect the health and safety of the named petitioners and all Department of Corrections (DOC) inmates in response to the COVID-19 outbreak.” Today, the state filed a report in response to that directive.

“Unfortunately, the report issued today proves that the State has not complied with this order and is not taking necessary steps to protect the health and safety of people living in Washington’s prisons,” said Nick Straley, attorney for the Petitioners and Assistant Deputy Director of Advocacy at Columbia Legal Services. “The report the State released today proves that the State is moving too slowly and too timidly to respond to this global pandemic. Only on the very last page of its report does the State discuss what all objective public health officials, the public, and the Petitioners have requested for weeks – the release of people from DOC custody to allow for appropriate social distancing. Months into this disaster and the DOC and the Governor have still not implemented a concrete release plan.”

Furthermore, the arbitrary distinctions and limitations described in the report will not be sufficient to truly address what the COVID-19 pandemic requires, significant reductions in the number of people locked up in all of Washington’s prisons. Many more people can be safely released from Washington’s prisons than the few the State appears willing to consider at some point in the future.

In addition, it does not appear that the State has done any type of analysis to determine whether its limited release plan will exacerbate existing racial and socio-economic disparities that exist throughout the criminal justice system and within the DOC. Any release plan must account for the racialized bias that has condemned too many people of color and people from low income backgrounds to long and disproportionate prison sentences.

The State fails to answer one crucial question in its report: How did COVID-19 get into Monroe Correctional Complex? Its silence demonstrates a stark reality that the State remains unwilling to admit. As objective public health experts have noted for weeks, all it takes is one asymptomatic person to get inside a prison for an outbreak to occur. That is likely how the outbreak at Monroe Correctional Complex started. Unfortunately, there is nothing DOC can do to prevent such an outbreak from occurring again at any of its facilities.

Until a vaccine is available, which is likely 12 to 18 months away, every person living in DOC custody will be at risk from COVID-19 getting into their prison by someone who may not know they are contagious or show any symptoms. No testing or screening system can catch such a person before they get inside. DOC fails to discuss this reality because it understands there is nothing it can do to avoid such an outbreak, just as there was nothing it could do to prevent the current outbreak at Monroe Correctional Complex. However, there are steps it can and should take immediately to achieve proper social distancing.

“Unfortunately, the Department of Corrections and Governor Inslee only began taking steps to reduce the number of people in Washington’s prisons after the initiation of this lawsuit, the public pressure brought to bear by family members and other concerned community members, and the involvement of the Washington State Supreme Court. They must do much more,” said Nick Allen, attorney and Deputy Director of Advocacy at Columbia Legal Services. “In fact, the State’s continuing delay and denials demonstrates why the Court must order the State to ramp up essential public health measures immediately to keep everyone in Washington’s prisons safe.”

Even in its report, the State acknowledges that it does not have the room to actually carry out essential medical interventions inside Washington’s prisons. The State admits that it is holding many people whom it suspects of having been infected with COVID-19 together. This technique called “co-horting” involves holding many potentially infectious people together, thereby ensuring that someone who may not actually be infectious comes into contact with others who may be infectious. In its report, the State admits that it has had to move many people around and utilize non-housing facilities in order to attempt to address the outbreak at Monroe Correctional Complex. The only reason the State engages in “co-horting” as quarantine in prisons is because it does not have the facilities to allow for actual and appropriate social distancing.

“This report only strengthens the need for the Court to take immediate action to force the State to do what it is apparently unwilling to do on its own – dramatically reduce the number of people in Washington’s prisons as an essential step in fighting COVID-19,” added Straley.