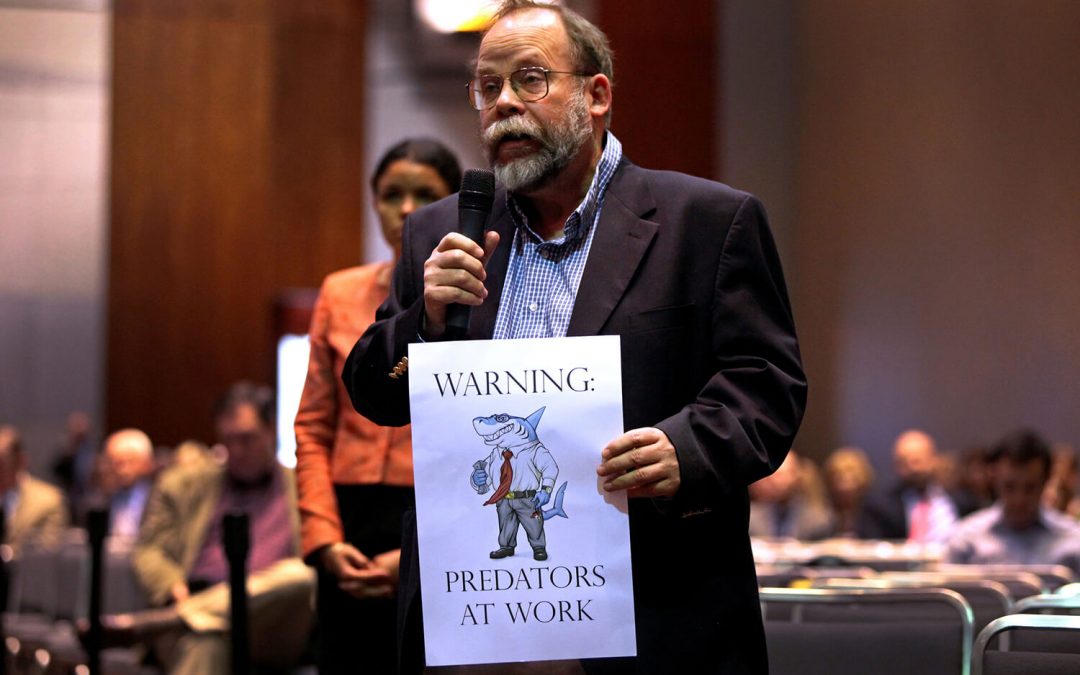 After the legalization of payday lending by the Washington Legislature in 1996, hard-working people frequently became ensnared in the payday lending “debt trap”, which results when payday loan customers repeatedly take out new loans to pay off old payday loans. According to a 2003 report by the Center for Responsible Lending, 91% of all payday loans nationally were made to repeat borrowers with five or more loans per year. Many borrowers in Washington, most of them low-income, took out dozens of payday loans each year, with interest rates as high as 391%.