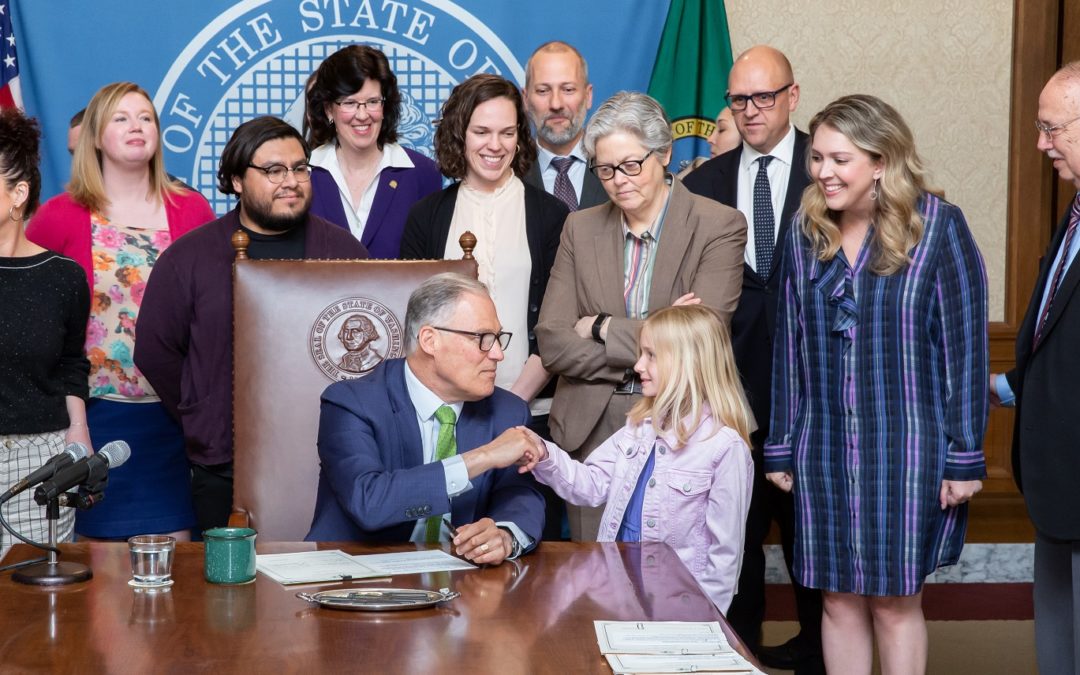 Washington Governor Jay Inslee signed a bill this afternoon that will strengthen protections for low-income consumers in Washington with medical bills that go to collection. The bill (HB 1531) requires that hospitals and medical providers hold off on assigning debts to collection agencies for 120 days, and prohibits collection agencies from reporting any adverse information related to a medical debt to credit bureaus for 180 days after that. It lowers the prejudgment interest rate that applies to medical debt to 9 percent, down from 12 percent.

“One health emergency can lead to a devastating cycle of debt,” said Antonio Ginatta, Policy Director at Columbia Legal Services. “Families should be able to focus on basic needs instead of facing exorbitant interest rates and debilitating wage garnishment.”

HB 1531 also improves notice to consumers related to their medical debt. It gives them the opportunity to request more information about their medical debt, and temporarily stops most collection actions while that information is provided. It requires notice about the availability of charity care for people with low incomes. The bill also bars creditors from requesting bench warrants from courts for people who owe medical debt, which have resulted in arrests and jail time.

In the 2015 civil legal needs study commissioned by the Washington Supreme Court, one of the top pressing legal issues raised by low-income Washingtonians involved debt collection for health care-related bills. The data is staggering. One quarter of Washingtonians reported that they owed past-due medical debt according to a 2015 Urban Institute report. Almost 1 in 10 Washingtonians have a medical debt currently in collections. As a result of the burden of medical debt, people make difficult choices, according to a 2016 Kaiser Family Foundation survey , including reducing their spending on food, clothing, and basic household items, use up all or most of their savings to cover medical bills, take on extra jobs, or increase their credit card debt.

Laurie Jinkins (D-Tacoma), sponsor of HB 1531, has looked to address the harms of medical debt for several years, and worked tirelessly throughout the interim and the legislative session to bring all the key stakeholders to support the language in the bill. The bill passed with broad bipartisan support. The Senate version of the bill (SB 5530) was sponsored by Senator David Frockt (D-Seattle).