From slavery to mass incarceration – a deeper understanding 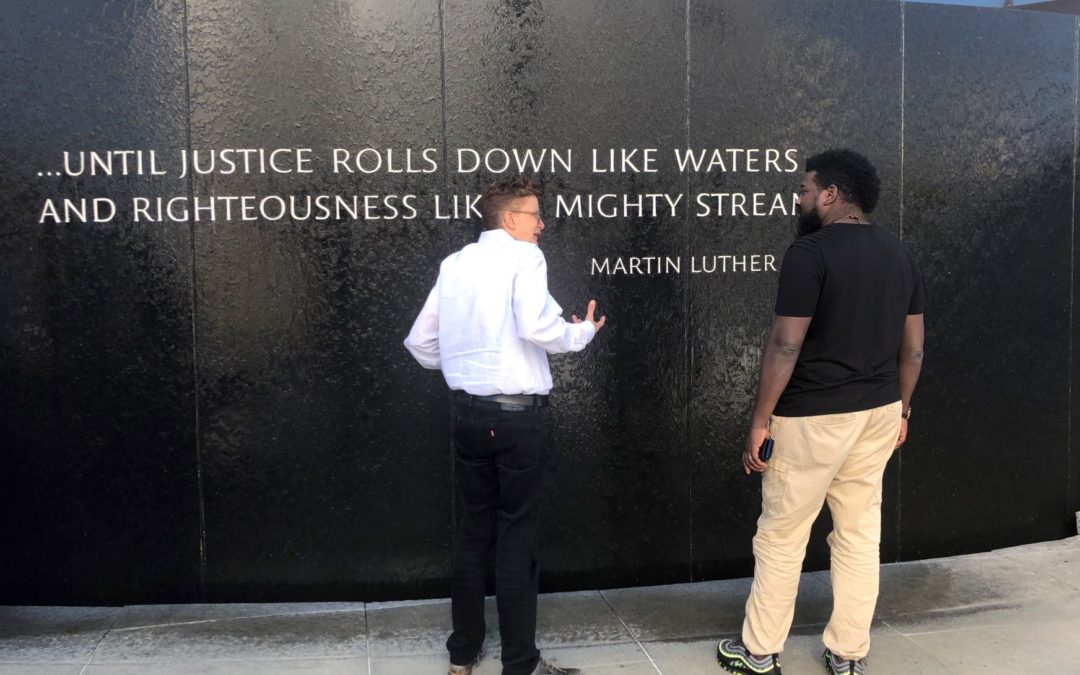 About a month ago I went to the Equal Justice Initiative’s Legacy Museum: From Slavery to Mass Incarceration in Montgomery, Alabama with my colleague Travis Andrews and folks from the Access to Justice Board, the Endowment for Equal Justice, and the Legal Foundation of WA. I hoped to support folks on this journey and to gain a more in depth understanding of the horror of slavery and its consequences that still reverberate today.

“Our nation’s history of racial injustice casts a shadow across the American landscape,” EJI Director Bryan Stevenson explains. “This shadow cannot be lifted until we shine the light of truth on the destructive violence that shaped our nation, traumatized people of color, and compromised our commitment to the rule of law and to equal justice.”

Our work at CLS is to support people caught up in this system and prevent more folks from entering it by challenging unlawful and inhuman conditions, connecting deeply with prisoners and prisoner groups and those supporting them from the outside, and by passing laws that fundamentally alter and abolish the system of mass incarceration. By shining a light on the shadow of prison deaths, solitary confinement, and inadequate medical care and the fact that slavery is still permissible in prison we can continue this conversation towards forging a new legacy.

We must discuss mass incarceration in terms of our racial legacy of slavery, lynching, and segregation, so that we can heal and move forward without creating yet a new era of racialized harm. Together we can make this transformation by creating a justice system based on restoration, humanity, and compassion rather than punishment and criminalizing race.

I am hopeful that together, we can face the truth of our past and present to move into a new era of justice for all.