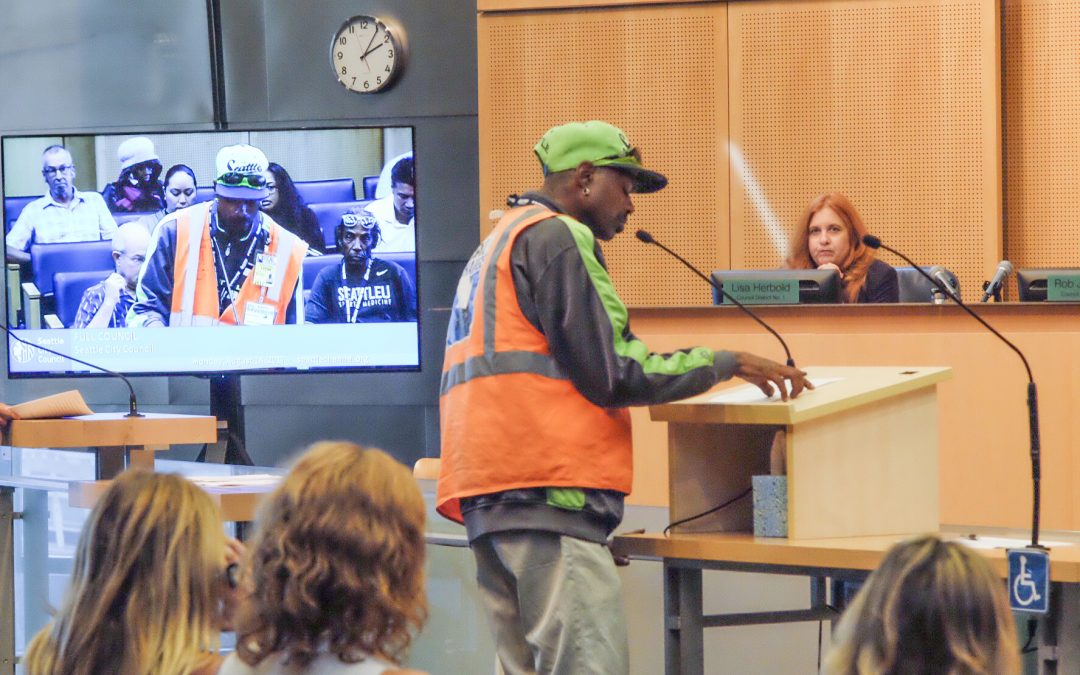 We are excited to share great news about the years-long effort to pass and defend Seattle’s Fair Chance Housing Ordinance with you, as well as a little bit of history for anyone new to the issue.

Several years ago, CLS began working with community members and groups to pass a Seattle law that would limit landlords’ use of peoples’ criminal records in rental housing applications. This work culminated with the passage of the Seattle Fair Chance Housing Ordinance in 2017, which prohibits landlords from looking at peoples’ criminal or arrest histories when making decisions about who to rent to and/or evictions. This was a major victory, as this ordinance was the first of its kind in the country. The purpose of the ordinance was not only to prevent discrimination in housing against people with criminal records, but also to address, in part, housing discrimination against communities of color, as use of criminal records have been used to perpetuate racial discrimination.

Shortly after the law passed, the Pacific Legal Foundation, a conservative, property rights firm sued the City in federal court on behalf of three landlords and the Rental Housing Association (Yim v. City of Seattle), arguing that the new law was unconstitutional. Specifically, they argued that the ordinance violated the plaintiffs’ substantive due process and free speech rights. Last week, the court rejected Pacific Legal Foundation’s arguments and upheld the Fair Chance Housing Ordinance as constitutional, which further secures rights for tenants.

Our work on this ordinance supported many years of community organizing to address racial discrimination in rental housing. We remember conversations coming out of community spaces like the Village of Hope and Sojourner Place over a decade ago that highlighted criminal records as a tool of discrimination for landlords. So when the Tenants’ Union of Washington approached us to ask for partnership we were honored to have the opportunity to lend our legal tools to the organizing effort. Find out more about this positive milestone in this Associated Press coverage.

Although, this legal fight is likely far from over – the plaintiffs just filed an appeal, this is a great housing justice victory from the courts for our client communities who reside in Seattle – and one that will hopefully compel other cities to offer similar protections. Great work to everyone who has been involved in this work over the years on this innovative and groundbreaking piece of legislation.