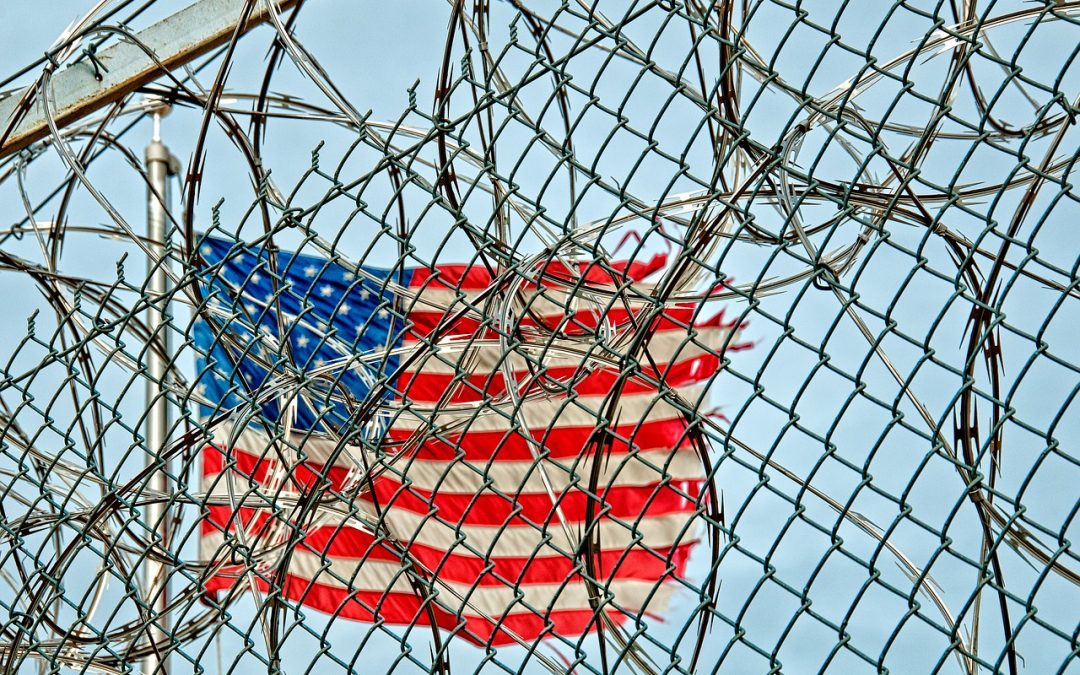 Today – It’s been one month since 6 men were dismissed from Reynolds Work Release and returned to prison after their families asked for safer conditions inside the facility due to the COVID-19 pandemic. Join an online press conference today to hear their stories.

Who: Speakers will include the following:

In the midst of this pandemic one thing has been constant: systemic racism in America. In the past week, the nation has erupted in an uprising over the modern-day lynching of George Floyd and the long history of U.S. state violence against Black people. Black Lives Matter organizing is an important way that Black people can challenge racism. When their freedom of speech is challenged, lives hang in the balance.

Families who took part in a peaceful May Day demonstration calling on the Reynolds Work Release facility to respond to the COVID-19 outbreak have been punished for merely speaking out. Instead of heeding the call for safety, the Department of Corrections (DOC) aggressively retaliated by kicking out not only one mother’s son but also five other Black men who, too, were all just a stone’s throw from being home safe with their families. The men were thrown back in prison without due process and kept from communicating with their loved ones for weeks! Despite denying that they targeted the families, DOC badgered two of the men who were East African about online pictures/video of women in hijab who were raising concerns about unsafe conditions prior to removing them. Families have also reported being rudely singled out by corrections officers.

Today, June 4 at 10:30am PT, family members of the “Reynolds 6” will speak out about DOC retaliation against them for addressing COVID-19 in its facilities and to challenge the cruel cover up that made these men into casualties during a dangerous pandemic. Senator Joe Nguyen, Senator Rebecca Saldaña, and King County Councilmember Girmay Zahilay will also join this online press conference demanding justice and a deeper conversation about COVID-19 in prisons. Learn how families are suffering grave consequences simply because they called for safer conditions in DOC facilities and help raise awareness about how incarcerated people are suffering medical neglect at DOC sites.

Families’ requests for DOC accountability are reflected by our elected officials. “With individuals in uniform abusing their power and causing the deaths of Black individuals at the forefront of national news once again, it’s more important than ever to secure the community’s trust with transparency and fairness in our justice system,” said Sen. Rebecca Saldaña. “And it is the duty of the corrections system to protect the lives, safety, and dignity of every individual in its care.”

After their transfer to prison, the “Reynolds 6” were placed in solitary confinement with little to no access to outside contact or basic hygiene. Before being taken, Muslim members of the group were targeted as they were fasting for Ramadan and even as one of them tested positive for COVID-19. A part of our deep concern for these men is that, collectively, the “Reynolds 6” were less than two months away from their release dates. They should be home with their families right now. Instead, they are locked up in unsafe conditions and facing additional time because the DOC claims they “went to the bathroom” without permission, an excessive punishment that could be a death sentence.

We believe these men have been railroaded. DOC is also not following its own policies; it took them nearly three weeks to issue infractions to the men. In the recent administrative hearings, men from “Reynolds 6” were refused access to footage from their alleged infractions and witness statements were ignored. “In my personal opinion, this hearing appeared predetermined from the start,” said Michael Schueler, an attorney who observed one of the administrative hearings. “The hearing officer appeared frustrated with the assertion of procedural rights and the request for help from a lawyer – a request which was denied. The presenting community corrections officer [the prosecutor for the hearing] was outright aggressive and hostile. No justice was served in this hearing.”

Sen. Joe Nguyen reminds us we are called to serve justice in this pandemic, including for our incarcerated loved ones: “The COVID-19 crisis has disproportionately impacted people of color across our state. The experience of the Reynolds 6 is further proof that the policies we have in place at many levels of governance today feed into systemic racism. These men deserve to be safe at home with their families, not sitting in prison for unjust reasons.”

As such, families and supporters of the “Reynolds 6” demand immediate release of their loved ones; accountability from DOC, and an end to retaliation; the safeguarding of due process rights for those in administrative hearings; and safe, healthy and humane treatment for those in DOC custody especially during the current pandemic.